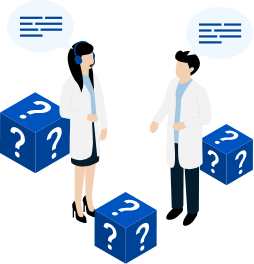 Citations
Can I add or delete citations by myself?
Where does the citation and publication data come from on Impactio?
What’s the difference between independent citations and total citations?
What’ s the definition of G-Index?
How do I interpret citation data on Impactio?
Why can't I use the Global Citation Distribution Map?
Can I manually add information on the Global Citation Distribution Map? 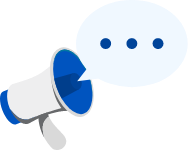 Since it is significant for us to ensure the accuracy and authenticity of citation data, there are only two parts of the citation page that can be edited. You can edit the top highly cited academic fields by clicking the pencil on the right side of the column. The second part that you can edit is the global citation distribution map. You can manually add countries or institutions who cited your publications and the ones are added manually will show in yellow.

Impactio constantly collects publication and citation data from diverse online sources and analyzes it for you to present your research impact!

The definition of independent citations is excluding the self citing paper which means internal references while total citations numbers count all citations.

G-Index is calculated this way: "[Given a set of articles] ranked in decreasing order of the number of citations that they received, the G-Index is the (unique) largest number such that the top g articles received (together) at least g^2 citations."

The chart effectively illustrates a researcher’s citations by year to clearly show a researcher's research activity over the past 15 years.  You can place your cursor on a bar or a point on the line to view citations, publication, and year information.

The graph discloses which scientific fields a researcher excels in. It by default shows the top 5 academic fields that you received the most citations when comparing to peer papers in the same field and publication year. There are over 300 different subject categories in Impactio indicators. Researchers are allowed to choose up to 5 fields from the top 19 areas provided by Impactio to exhibit preferred research areas.

In the Academic Ranking block, researchers and scientists can acquire more detailed information about each field that cited your publications. This list includes fields of study, citation counts in a specific field and percentile which represents the ranking of a research in a field by citation counts.

In the Citing Institution Ranking block, Impactio lists total citations that a researcher received by each country. Additionally, the ranking and citation information of each citing institution are included to enable researchers to better justify a research quality and a researcher’s prestige.

Metrics and ranks of journals which cited my publications

Have you found it difficult to review all citation-based metrics from several sources? Impactio has it all on a single platform! Impactio gathers widely used metrics, including Eigenfactor, H5-index, SJR, and Impact Factors of each journal which cited your publications.

There are two ways for you to unlock the Global Citation Distribution Map (GCDM). The first one is to update your profile and improve your profile strength to 80% then the GCDM will be unlocked automatically. The other way is to purchase the standard plan with $5.99 on the pricing page.

Yes, you can manually add countries or institutions who cited your publications. However, to maintain the neutrality, the ones added manually will show in yellow while the automatically added ones will show in blue.